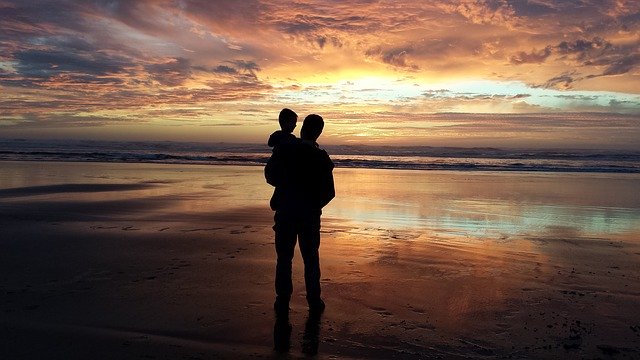 (Note: our sound desk stopped working a couple of weeks ago and so we’ve been unable to record teaching. We’ve used Alan’s notes from his teaching on 17 Nov 2019 below.)

This morning I want to begin a series of messages based on God, who is father to all

Jesus speaks often about God, the father, he gives illustrations, examples and stories to clarify what kind of father God is, in fact Jesus refers to God as father 189 times within the four gospels, there is obviously a message there.

John Mcnair gave me a book to read by Louis Giglio, called ‘not forsaken’ this is what gave me the basis for these messages, I would reccomend reading it as he gives a very clear description about God the father, he relates many of his own experiences to help open the topic.

Paul in his letter to the Corinthians quotes scripture from the O.T. which says “I will be a father to you, and you will be my sons and daughters, says the Lord Almighty” (2 Corinth 6:18).

It’s an encouraging verse but if your background or upbringing with a father who was anything but a father to you, scriptures like this can be painful.

There is a natural craving in both men and women to seek a father’s blessing, approval, affection and attention, it’s inbuilt it’s part of our dna.

From the youngest child, shouting “dad, watch me” looking for approval or attention, to the oldest person, living with the regret of opportunities missed.

We all have different experiences of a father, many of these can affect our relationship with God and being able to understand and accept him as our  father.

I was asked this week by an elderly woman, “what I was speaking about on sunday”, and I told her “I am speaking about God, the father, which can be difficult for some because not everyone has had a good father growing up”

Her reply, “everyone knows God, the father, I had a good dad, I said “yes but that’s not the case for everyone”

So she turned to one of the other women and asked, what was your dad like, the response “my dad was a …………. And if child services had been available when I was young, he would have been put in prison”.

It was clear to see the barrier it had left her with, which is why it’s not always easy to just accept ‘God as father’.

A lot of us may have stuff we have to deal with in order to fully accept and understand this before we could fully accept this aspect of God.

But of course, that isn’t everyone’s experience.

Many of you will remember Ann Hannah a member of this fellowship for  over 30 years who died a number of years ago, she never hid her story, solid background with her birth father, he was attentive, loving and protective, she knew the blessing of a good dad.

When ann got saved she had a straightforward transition to accept God as her father, so much so that she campaigned to keep the lord’s prayer in schools because it speaks clearly about our father in heaven, it contains a moral code that is no longer being taught.

She wrote to all the head teachers in all the schools of cumbernauld, mp’s, councillors with absolute zeal. Her absolute acceptance of God, the father had to be passed on.

But of course not everyone has that positive journey.

Like many of you, I no longer have a dad, he died just over two and a half years ago,

My own experience of a dad who wasn’t bad or wicked, never done me any wrong but didn’t express love, very little approval mainly because he worked all the time, he enjoyed a drink, which unfortunately was a priority for him, he was sociable, likeable not an angry man, very easy going.

I didn’t have a negative experience with my dad, but I was still left with a longing for something more.

The change for me when I got saved with the love of christ, was a steep learning curve to grasp, in relating to God as my father, so different from anything I had experienced in life.

Iv’e learned about God’s love as expressed in his word, I am forgiven because the son of God sacrificed his life for mine, the father who accepts me for who I am and knew me before I was born.

A father who longs to bless and not curse.

When I read certain scriptures about father son relationships it can still bring a tear to my eyes, or a lump to my throat, because deep down there is still that longing for more.

E.g Jesus telling the story about the prodigal son returning home and his father running to meet him, throwing his arms around him,

When I read these, I see the heart of God our father and the longing he has to not only fill the void but help us understand the depth of unconditional love he has for us.

There is a promise of God in Psalm 27:10 that has the power  to change our life forever, it says “though my father and mother forsake me, the lord will receive me”.

Many of us need to hear these words, no matter what age we are, all of us will have different experiences of an earthly father, others may even have had none, but what unites us is a need that is woven into our souls.

The need to be loved, treasured, noticed and accepted.

A testimony of one of Jesus disciples who sat under his teaching and then passed on to us what he had discovered. (john)

“how great is the love the father has lavished on us, that we should be called children of God!

And that is what we are, the reason the world does not know us is that it did not know him.

Dear friends, now we are children of God, and what we will be has not yet been made known.

But we know that when he appears, we shall be like him, for we shall see him as he is”.

God is a father, but he’s not the same as your earthly dad, he wants us to know the joy of being a child of God.

The blessing of God is way beyond any human relationship, nothing can compare with his supernatural love, it’s powerful and unending, his love means:

No one who knows him as father will be forsaken.

No one will be left behind

No one will be orphaned

No one will go unwanted

No one will have to live without a father’s love.

What God asks of us, is to give him a chance, that our eyes may be opened to see the kind of father he truly is, don’t be put off by whatever it is you have known up until now.

God the father wants to help us get through the hard stuff, the pain, the broken relationships and begin to heal the hurt and make our hearts alive again.

No matter how long your journey of faith has been, I believe there is always more room for discovery when it comes to understanding the fulness of God the father, being open to new depths of love as yet lying undiscovered.

While it is true in a general sense that God is the father, the creator of every living thing, scripture makes it clear that God is not the intimate father of all mankind, he is only father to those who believe in him.

We are priviledged as children of God to have access to knowing the father-son, father-daughter relationship that is not through natural birth but through new birth as we believe and accept faith in Jesus christ.

John ch1 v 12 says “yet to all who recieved him, to those who believed in his name, he gave the right to become children of God”.

Children of God, that is what we are.

Our journey in accepting God as our father no matter our background can help introduce change to others, all of us have our own story to tell, when others hear and see the transfomation in us,

God can use each of us, perhaps we can change this town as individuals and through our church as we learn more about God as our father.