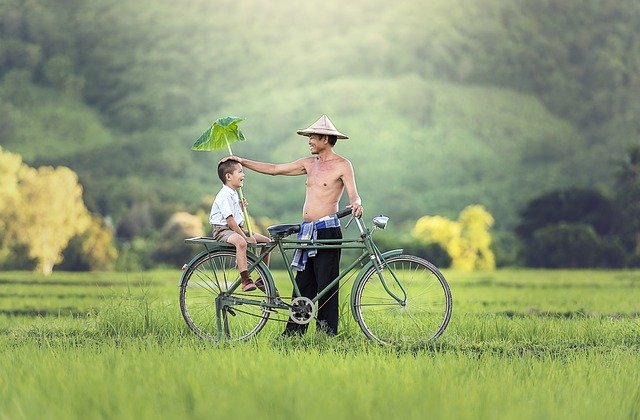 Due to problems with the central heating system, we met in Cornerstone Cafe on Sunday morning. This meant we could not record the teaching. Alan Welsh spoke on the topic of God as a father to all. Alan’s notes are below and we hope you will be blessed by them. From 8th March 2020.

GOD WANTS US TO SEE HIS POWER AND TO KNOW WE HAVE ACCESS TO IT.

WE KNOW THAT GOD IS WITH US, BUT THE REALITY OF LIVING IN THAT TRUTH ISN’T ALWAYS AS EASY TO LIVE IN!

THE FATHER HAS ALWAYS REMAINED PRESENT WITH US FROM THE BEGINING, IN THE GARDEN OF EDEN, WE ARE TOLD THAT GOD WALKED WITH THE FIRST HUMANS IN THE COOL OF THE DAY.

LATER WHEN HIS PEOPLE WERE NAVIGATING THE DESERT TO BE FREE FROM BONDAGE, GOD HAD MOSES BUILD A TENT OF MEETING WHERE HIS PRESENCE DESCENDED IN A CLOUD THAT COVERED THE TENT AS GOD SPOKE WITH MOSES FACE TO FACE.

IN TIME THE TENT WAS REPLACED BY A TABERNACLE, AND THEN A TEMPLE, AND IN EACH PLACE THERE WAS A PROMISE OF GOD’S PRESENCE.

BUT, ONE NIGHT IN BETHLEHEM THINGS CHANGED, WHEN CHRIST WAS BORN, GOD WAS NO LONGER IN A TENT OR A TEMPLE, NOT IN THE CLOUD OR SOME OTHER MANIFESTATION, GOD WAS NOW AMONG MEN IN THE PERSON OF JESUS, WHOSE NAME IS CALLED EMMANUEL – GOD WITH US.

WHEN OUR EYES ARE OPENED TO THIS REVELATION AND RECOGNISING THE MIRACULOUS WORK OF GOD WHEN DEATH WAS DEFEATED AS GOD CALLED FORTH HIS SON FROM THE DEPTHS OF HELL, JESUS WAS ALIVE FOREVER, A VICTORIOUS CHAMPION OVER SIN AND DEATH.

WE SEE THE POWER OF GOD, IT IS LIMITLESS BUT WE DON’T ALWAYS SEE IT CLEARLY, THE APOSTLE PAUL RECOGNISED THIS WHEN HE SAID TO THE CHURCH IN EPHESUS (EPH 1: 18-23)

“I PRAY ALSO THAT THE EYES OF YOUR HEART MAY BE ENLIGHTENED IN ORDER THAT YOU MAY KNOW THE HOPE TO WHICH HE HAS CALLED YOU, THE RICHES OF HIS GLORIOUS INHERITANCE IN THE SAINTS, AND HIS INCOMPARABLY GREAT POWER FOR US WHO BELIEVE.

THAT POWER IS LIKE THE WORKING OF HIS MIGHTY STRENGTH, WHICH HE EXERTED IN CHRIST WHEN HE RAISED HIM FROM THE DEAD AND SEATED HIM AT HIS RIGHT HAND IN THE HEAVENLY REALMS, FAR ABOVE ALL AUTHORITY, POWER AND DOMINION, AND EVERY TITLE THAT CAN BE GIVEN, NOT ONLY IN THE PRESENT AGE BUT ALSO IN THE ONE TO COME.

AND GOD PLACED ALL THINGS UNDER HIS FEET AND APPOINTED HIM TO BE HEAD OVER EVERYTHING FOR THE CHURCH, WHICH IS HIS BODY, THE FULNESS OF HIM WHO FILLS EVERYTHING IN EVERY WAY”

I WONDER, IN ORDER TO SEE THE POWER OF GOD IF WE NEED THE EYES OF OUR HEART ENLIGHTENED,

TO RECOGNISE THAT GOD IS STILL AT WORK THROUGH HIS CHURCH TODAY, THE POWER OF GOD IS REVEALED THROUGH YOU AND I WHEN CHRIST IS AT WORK IN US.

GOD WANTS US TO SEE HOW GREAT HIS POWER IS AND TO KNOW THAT WE HAVE ACCESS TO THAT POWER IN CHRIST.

GOD IS NOW AMONG MEN AND WOMEN, WE SEE THIS THROUGH THE SPIRIT OF GOD AND THE PERSON OF CHRIST, HE IS LIVING IN THE HEARTS OF BELIEVERS, CHRIST LIVES IN US.

19 Don’t you know that your body is the temple of the Holy Spirit, who lives in you and who was given to you by God? You do not belong to yourselves but to God; 20 he bought you for a price. So use your bodies for God’s glory.

ALTHOUGH JESUS IS NOT PHYSICALLY WITH YOU, HE HAS GIVEN ‘ANOTHER HELPER’ GOD THE HOLY SPIRIT, GOD IS ACTUALLY EVERWHERE ALL THE TIME, AND WE BELIEVE THAT HE IS WITH US IN A POWERFUL WAY AS HIS SPIRIT TAKES UP RESIDENCE IN OUR LIVES.

AS THE SPIRIT FILLS US, WE GROW TO KNOW WHAT IT MEANS TO SENSE THAT HE IS NEAR.

IT ALL BEGINS WITH FAITH, THAT JESUS BY THE POWER OF THE HOLY SPIRIT LIVES IN YOU.

MARK GIVES AN ACCOUNT IN HIS GOSPEL THAT HELPS US UNDERSTAND FAITH.

14 When they came to the other disciples, they saw a large crowd around them and the teachers of the law arguing with them. 15 As soon as all the people saw Jesus, they were overwhelmed with wonder and ran to greet him.

16 “What are you arguing with them about?” he asked.

17 A man in the crowd answered, “Teacher, I brought you my son, who is possessed by a spirit that has robbed him of speech. 18 Whenever it seizes him, it throws him to the ground. He foams at the mouth, gnashes his teeth and becomes rigid. I asked your disciples to drive out the spirit, but they could not.”

19 “You unbelieving generation,” Jesus replied, “how long shall I stay with you?

How long shall I put up with you? Bring the boy to me.”

20 So they brought him. When the spirit saw Jesus, it immediately threw the boy into a convulsion. He fell to the ground and rolled around, foaming at the mouth.

21 Jesus asked the boy’s father, “How long has he been like this?”

“From childhood,” he answered. 22 “It has often thrown him into fire or water to kill him. But if you can do anything, take pity on us and help us.”

23 “‘If you can’?” said Jesus. “Everything is possible for one who believes.”

24 Immediately the boy’s father exclaimed, “I do believe; help me overcome my unbelief!”

25 When Jesus saw that a crowd was running to the scene, he rebuked the impure spirit. “You deaf and mute spirit,” he said, “I command you, come out of him and never enter him again.”

26 The spirit shrieked, convulsed him violently and came out. The boy looked so much like a corpse that many said, “He’s dead.” 27 But Jesus took him by the hand and lifted him to his feet, and he stood up.

28 After Jesus had gone indoors, his disciples asked him privately, “Why couldn’t we drive it out?”

29 He replied, “This kind can come out only by prayer.” (SOME MANUSCRIPTS SAY PRAYER & FASTING).

HERE WE FIND A CRISIS, NOT ONLY FOR THE BOY AND HIS FATHER, BUT ALSO FOR THE DISCIPLES.

It is amazing how quickly we can move from confidence to crisis, especially in regards to our faith. something that we believe so passionately today we are tempted to deny tomorrow. Let’s admit it, We are fickle people, this is the problem that Jesus encounters when he returned from the mountain of transfiguration.

The remaining disciples had attempted to heal this father’s son, who is described as being possessed by a demon. And this time the disciples, who were experienced at performing successful exorcisms (earlier Mark 6:13, tells us “they drove out many demons and anointed many sick people with oil and healed them”), but fail in their attempts to exorcise this demon.

Jesus confronts the situation head on. the problem in this passage is unbelief, but it’s not unique to the disciples, I wonder how many of us would agree with the father of the boy when he said “I do believe, help me overcome my unbelief”

Jesus is troubled by the persistent unbelief of the crowd, After all he has done up to this point to display his power, there is still a question as to just how powerful Jesus could possibly be. Maybe there is something out there that he cannot do.

When the father cries out to Jesus, “If you can do anything, Jesus repeats the father’s words, almost sarcastically, “If you can!”

This father is uncertain of Jesus’ power in light of the disciples’ failure, but regardless of how much God’s people may fail, God never fails.

We make the same mistake of unbelief when we begin to doubt God because of the failures of God’s people. How many people today are convinced that God has let them down because the church or other Christians have let them down?

If our faith in God is the same as our faith in the church or your Christian friends or your’e looking for a pain-free life, then you will struggle to believe in the power of God.

In verse 23 Jesus says, “All things are possible for one who believes.”

The father was honest and said “I do believe, help my unbelief”.

That’s probably where we all are to one degree or another, somewhere between belief and unbelief, it’s why we need the eyes of our heart opened, that’s where our faith lies, faith should not come from evidence first, then I’ll believe!

If you compare this passage with its parallels in Matthew and Luke you will find that the conversation between Jesus and the father in verses 21 through 24 is unique to Mark. There must be a reason Mark includes this detail; what Mark wants us to see is that the kind of faith God requires must be rooted in who Jesus is, not in what Jesus can do.

When we express faith— no matter how little it is—in Jesus. You see, unbelief is a treatable condition if we will bring our unbelief to Jesus. The problem is that most people, when they struggle to believe, turn away from God.

Maybe this is why God lets others fail you, so that you will trust in him alone.

Nonbelievers are frequently asked what it would take to convince them about Jesus. But God is not waiting to fulfill the demands for evidence.

If we come to Christ expecting to find all of your questions satisfied before you will believe, I’m afraid God will not cater to your demands. But if we simply come to Christianity through Jesus, receiving him simply in faith that he is who he says he is, then you will find a compassionate God who is eager to strengthen your faith. That’s exactly what Jesus does for this desperate father.

It’s also exactly what he wants to do for each of us, as we believe that He is with us in a powerful way as His Spirit takes up residence in our lives, a shift happens, that’s when we understand that life is not so much about Jesus and me, it’s more to do with Jesus in me.

God requires faith from us because God wants to relate to you and I as a Father not as our personal miracle worker.

God wants to and will reveal His power when we ask. “Help my unbelief!” it’s an amazing statement of faith that Jesus will accept every time.

Each time we pray we are fighting for faith. And nothing pleases God more than to grant faith to those who desire it.

As we seen in that story, the power of God attracts a crowd, just because I’m a disciple of Christ doesn’t mean others will automatically be attracted to Christ or his church.

Faith needs to be seen, faith lies in what Christ can do that we may be used to reveal Christ in us.

The power of God is in us.